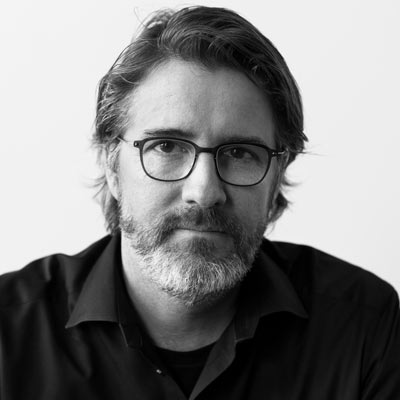 Olafur Eliasson (Icelandic/Danish), born in 1967, works in a wide range of media,
including installation, painting, sculpture, photography, and film. Since 1997, his solo
shows have appeared in major museums around the world. Eliasson’s projects in
public spaces include The New York City Waterfalls in 2008, and Ice Watch, shown
in Copenhagen in 2014 and Paris in 2015.
Established in 1995, his studio today numbers over one hundred craftsmen,
architects, archivists, researchers, administrators, and cooks. In 2014, Eliasson and
architect Sebastian Behmann founded Studio Other Spaces, an office for art and
architecture focusing on interdisciplinary and experimental building projects and
works in public space. Together with engineer Frederik Ottesen, Eliasson founded
the social business Little Sun in 2012. This global project produces and distributes
the Little Sun solar lamp for use in off-grid communities and spreads awareness
about the need to expand access to clean, sustainable energy to all.

All sessions by Olafur Eliasson