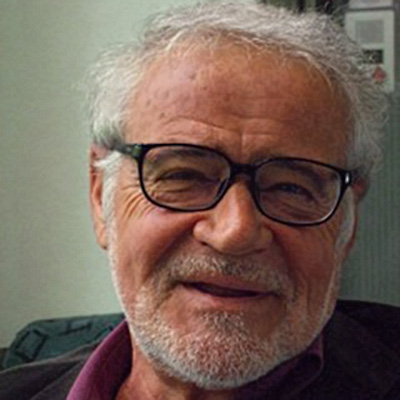 Pietro Montani is Honorary Professor at the Department of Philosophy of the Sapienza University of Rome. He taught Aesthetics at the Centro sperimentale di Cinematografia in Rome and, as Directeur d’études associé, at the École des Hautes Etudes en Sciences Sociales, Paris. He is the Scientific Coordinator for the Italian Edition of S. M. Eisenstein, Selected Works (8 volumes, Marsilio, Venezia 1981-2006, in progress).

In the last 15 years, his research interests have been focused on the relationship between art and technology, and particularly on the influence of new technologies on imaginative processes and common sense.  Among his publications: Contemporary Aesthetics. Arts’ Destiny in the Age of Globalisation, Carocci, Roma 2004; The State of the Art. Aesthetic Experience in the Age of Technology, Laterza, Roma-Bari 2005; Bioesthetics. Common sense, Technology and Art in the Era of Globalization, Carocci, Roma 2007 (french translation, Bioesthétique, by Vrin, Paris 2014); Intermedial Imagination, Laterza, Roma-Bari 2010; Technologies of the Sensibility, Raffaello Cortina editore, Milano 2014; Three Forms of Creativity. Technique, Art, Politics, Cronopio, Napoli 2017.

All sessions by Pietro Montani

Techno-aesthetics and the Externalisation of personal Identity